As it happens Pickering is the start point (or end point, depending upon whether you’re coming or going) of the North Yorkshire Moors Railway, so it would have been downright rude to have visited this wonderful part of the country without taking a trip to Whitby (and back) on a steam train.  One of the (few) good things about the pandemic has been that certain attractions that would normally be crammed with fellow holidaymakers have actually been fairly quiet – so we were able to enjoy our trip down memory lane in relative space and comfort. 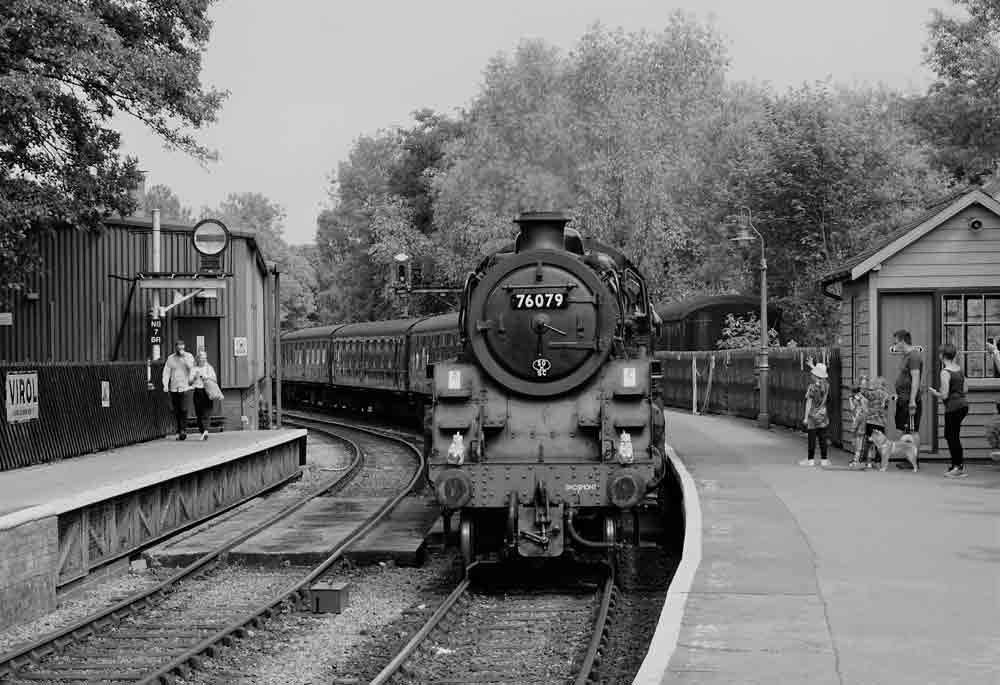 Unfortunately we weren’t able to say the same about Whitby which was heaving with crowds of visitors, not one of whom seemed to have heard about social distancing or mask wearing.  No wonder we’re in the realms of a third (or is it fourth) wave of infections.  Still, mustn’t grumble….. that’s the spirit.  A quick trip around the abbey (not a vampire to be seen) followed by fish and chips sat on the quayside rounded off the visit before we slowly chugged our way back to Pickering and our little ‘home from home on wheels’. 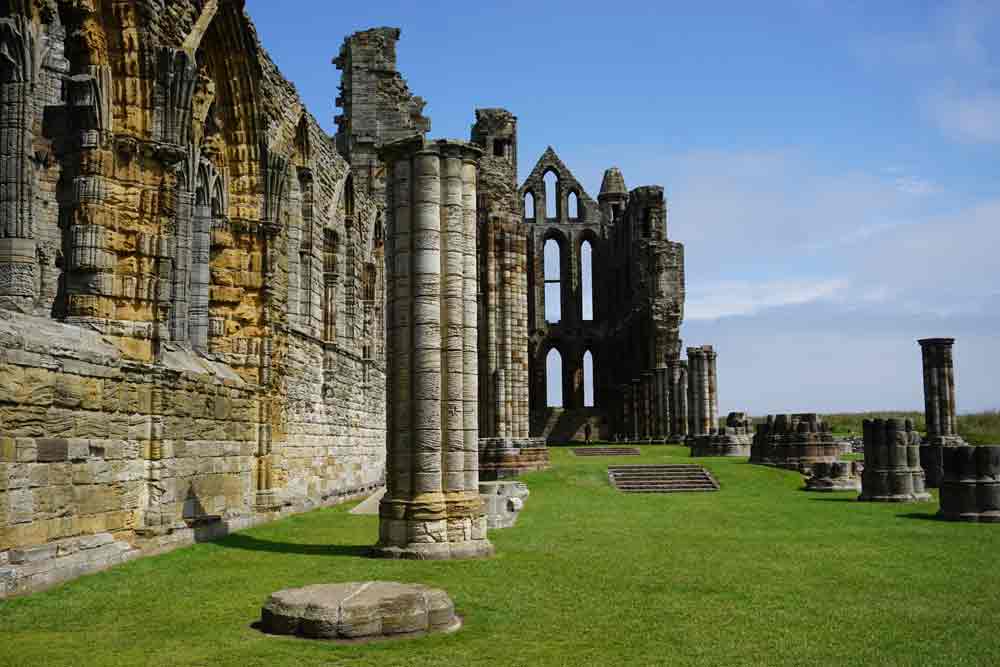 Next stop on our blitzkrieg tour of Yorkshire was Flamborough Head – scene of Thomas Robinson Ewbank’s (my 4 x Gt Grandfather) minor maritime triumph when, in 1805, as skipper of the Sarah and Elizabeth (a Hull based whaler), he saw off a dastardly attack on local shipping by a French privateer.  Of course I was surprised and disappointed that there was no plaque to commemorate the event, but this was slightly mollified by being able to watch the resident puffins, gannets and razorbills that inhabit the impressive cliffs in large numbers.

Whilst in the neighbourhood we took the opportunity to visit the lovely house and gardens at Burton Agnes.  The walled garden was spectacular, combining fabulous planting with a huge range of fruits and vegetables – and once again the absence of crowds made the visit a real pleasure.

As someone who has a long term interest in his family history, it would have been unthinkable to visit the East Riding without making just a fleeting visit to Hull to dig up (metaphorically, of course) the relatives.  I already knew that Spring Bank Cemetery, where a number of my forebears are allegedly resting, was reputed to be in a bit of a state, but the reality still came as a bit of a shock.  It’s a massive space in the centre of the city but sadly it clearly hasn’t been maintained at all since it was last used in the early seventies.  With trees and bushes covering pretty much the entire area virtually all of the grave stones are broken or have fallen over – in fact this would have been a much better place than Whitby for Bram Stoker to have made Dracula’s home.  By some miracle we stumbled over the last resting place of Thomas Steel and Harriet Ewbank but I don’t doubt that in a year or two’s time that too will have been lost to nature.  Shame on Hull City Council (or whoever’s responsible) for allowing a graveyard to fall into such a state.  Rant over.