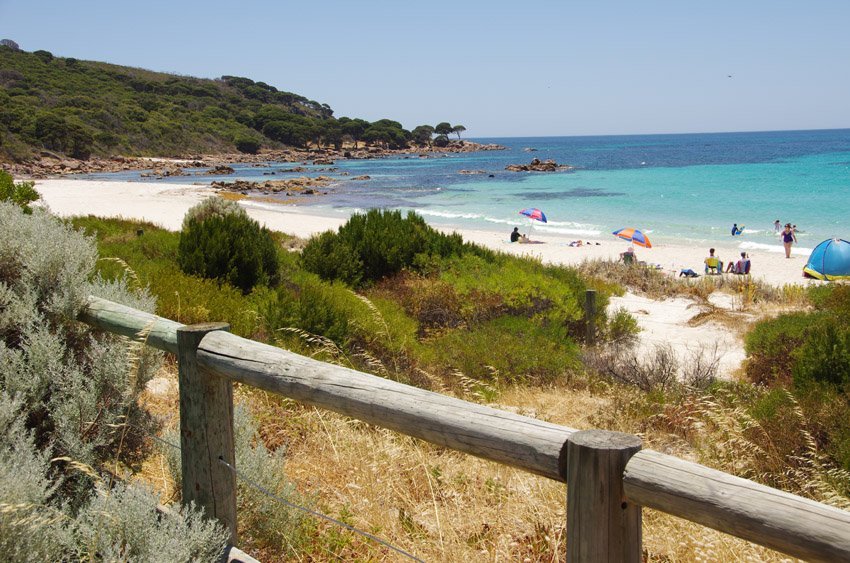 A  hundred miles or so further south and we hit Dunsborough and Geographe Bay with its fantastic deserted beaches, blue seas and wildlife.  Within two minutes of having slipped off our sandals for a paddle we saw two enormous Rays (well, at three feet across they seemed pretty big to us) but as the only photograph I managed to snap looked like a close up of a couple of rocks you’ll just have to take our word for it.